COVID-19 Brings Cleaner Skies– What Does This Mean for Aviation?

COVID-19 Brings Cleaner Skies-- What Does This Mean for Aviation?

Three months ago, the International Air Transport Association or IATA happily declared that the airline industry has reached an annual fuel efficiency improvement of 2.3% over the decade. Though this is 0.8% points ahead of target, these improvements are offset by yearly passenger growth —  a paradox known well in environmental economics called the “Jevons effect.”
However, initiatives where aviation companies offset carbon emissions were growing. These were welcome developments for everyone, especially the climate scientists who have advocated since long ago with studies saying the airline industry needs to cut on emissions and move to cleaner aviation fuel.
Then came coronavirus.
When the World Health Organization (WHO) declared a pandemic on March 11, 2020, the world literally came to a halt. People were restricted from travelling and were forced to stay home. This disease, COVID-19, hijacked the global economy and will surely take a toll on all industries. With everyone grounded, one of the quickest industries to feel pain was the airlines.

Business Insider reported that 53 major airline companies have either suspended all their operations or significantly reduced commercial flights in February as coronavirus continues to spread. Those first to suspend operations are those flying the European route, including Air Baltic, La Compagnie, Scandinavian Airlines and LOT Polish Airlines. 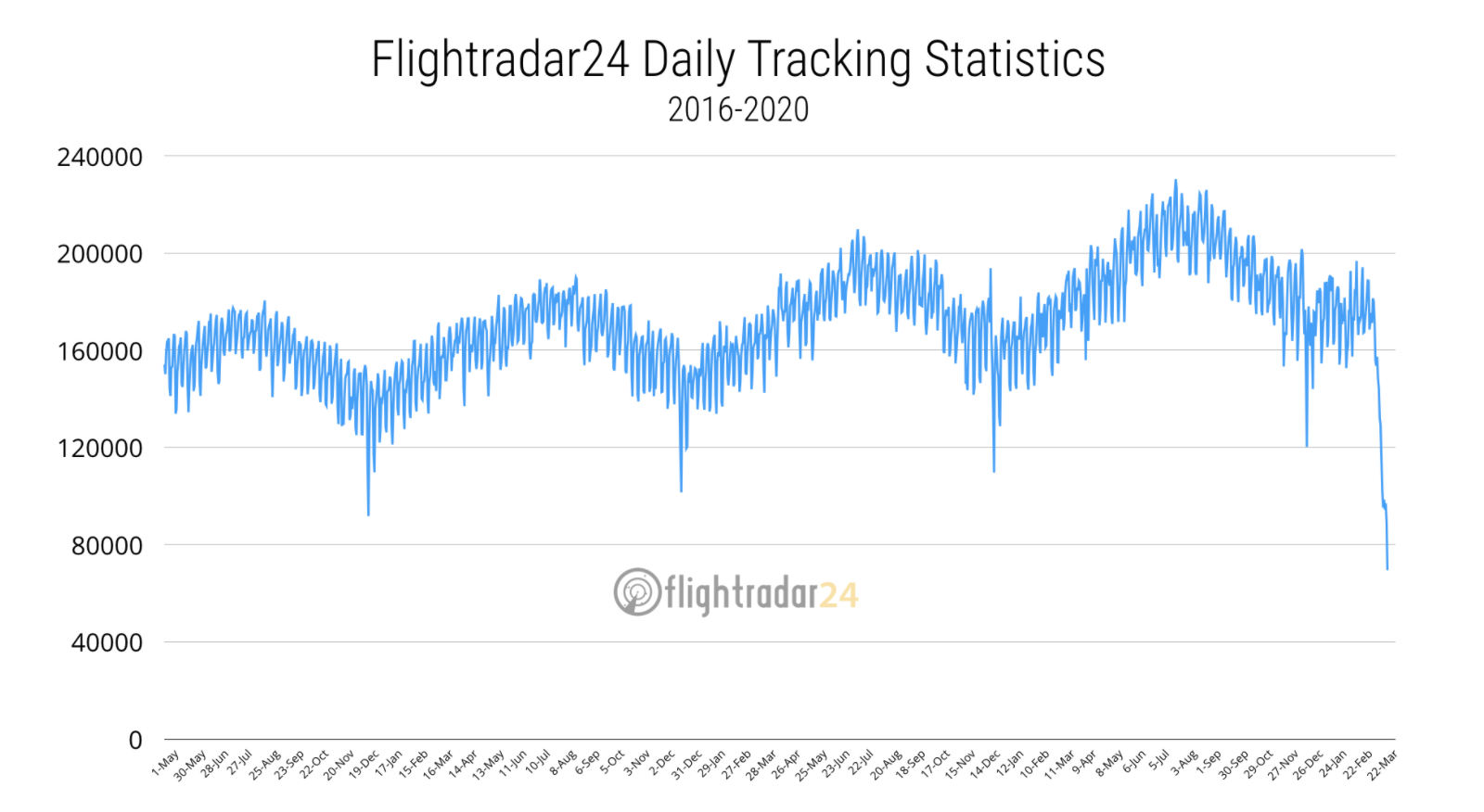 As early as January, giant industry players Cathay Pacific, Emirates and Japan Airlines significantly reduced their flights as China began its lockdown, followed by Iran, Japan and South Korea. Other European airlines followed suit. President Trump’s order to ban all flights from Europe have also forced Ryan Group of Airlines and other intercontinental airlines to drastically reduce its operations to cut down on costs. Eventually, the US federal government ordered travel restrictions across states, grounding all inter-state commercial flights.
Suddenly, overseas adventure travel became a thing of the past.

Many airline companies have completely shut down their operations with more countries around the world imposing general lockdown. According to health experts, the only way to stop transmission and “flatten the curve” in this pandemic is to reduce human to human contact, enforce social distancing and bring movement of all people to a halt. This means hundreds of thousands of flights have been grounded and people are staying at home.
Companies have come up with creative means to keep their businesses afloat, including setting up virtual offices and encouraging their employees to work remotely. Telecommuting has long been recognized as a sustainable business practice as it helps every worker reduce their ecological footprint.
Now virtual conferences have also become a trend, proving that physical travel can be reduced and companies can maintain a rate of growth when technology is efficiently used. It shows that companies don’t necessarily have to rely on flights to move people and do business. Even CEOs should not think of doing “business as usual” at this time of crisis.

COVID-19 and the Climate

The lockdowns on air travel have created a sharp drop in flights and consequently, on aviation emissions. Climate scientists recognized this  sharp decline in flights as a rare opportunity to research the climate impact of contrails, those wispy white clouds that airplanes emit and trap heat in high levels of our atmosphere.
The last time climate scientists could study such clear skies was after 9/11. 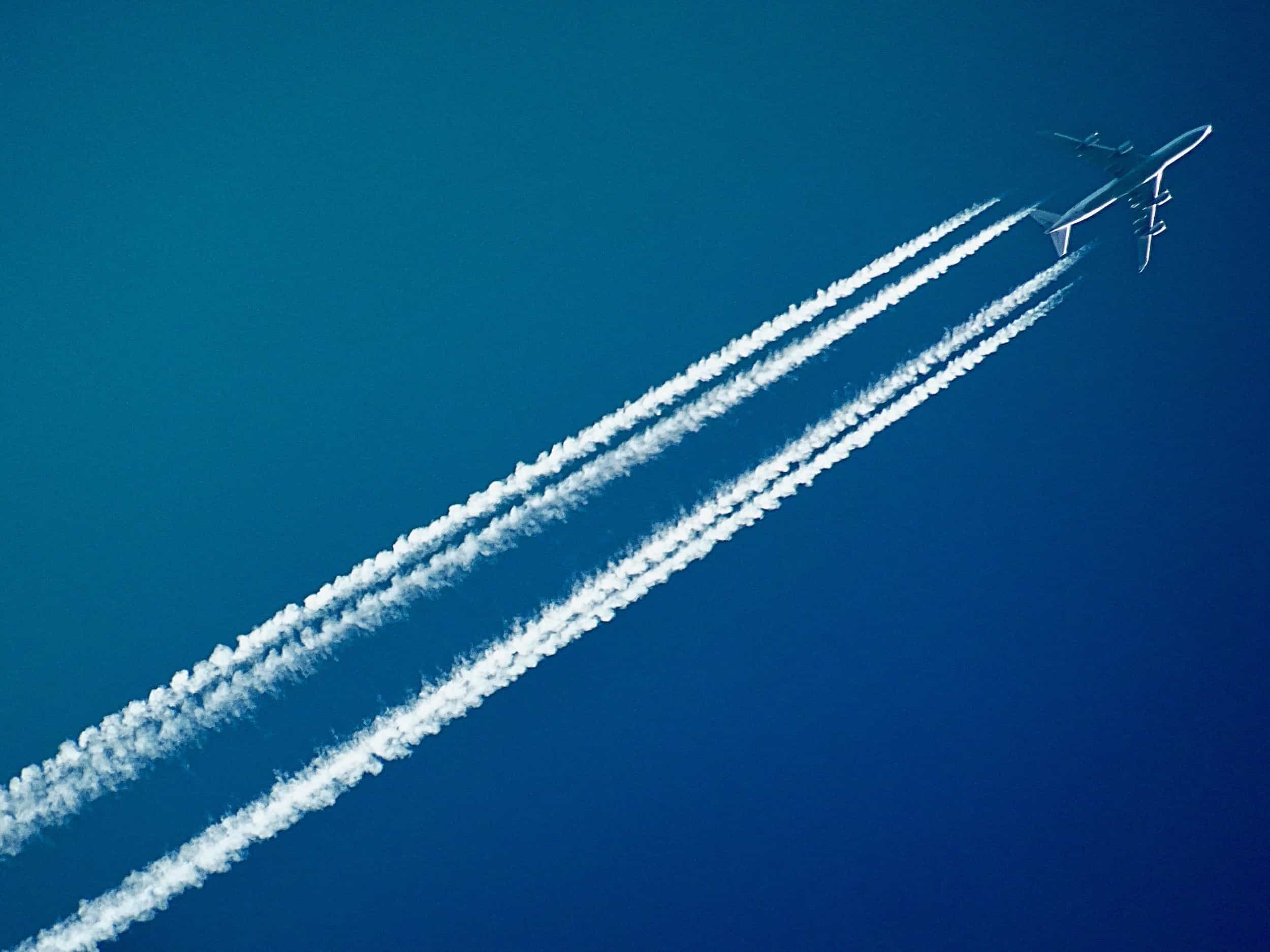 This contrail research could confirm that airplane emissions are double the climate impact of CO2  – from 2% of global anthropogenic emissions to 4% or 5%.
This matters because as other emissions taper off, there is still no solution for the growing demand for global flight. Cleaner jet fuel is one of the few solutions that lower these non-CO2 flight emissions.
World leaders have responded to the pandemic by taking swift actions like closing public spaces and non-essential businesses. Climate activists such as Greta Thunberg and Extinction Rebellion have lamented that if only world leaders could also be as decisive in responding to the climate crisis, the planet would not be in such a bad shape as it is today.
Climate change is likely to damage peoples, societies, and to all creatures on the planet ten times more than a virus could. World leaders must realize that responding to a crisis – whether a health crisis or an environmental crisis – means taking action at the soonest time possible to flatten the range of damage a climate crisis could inflict. 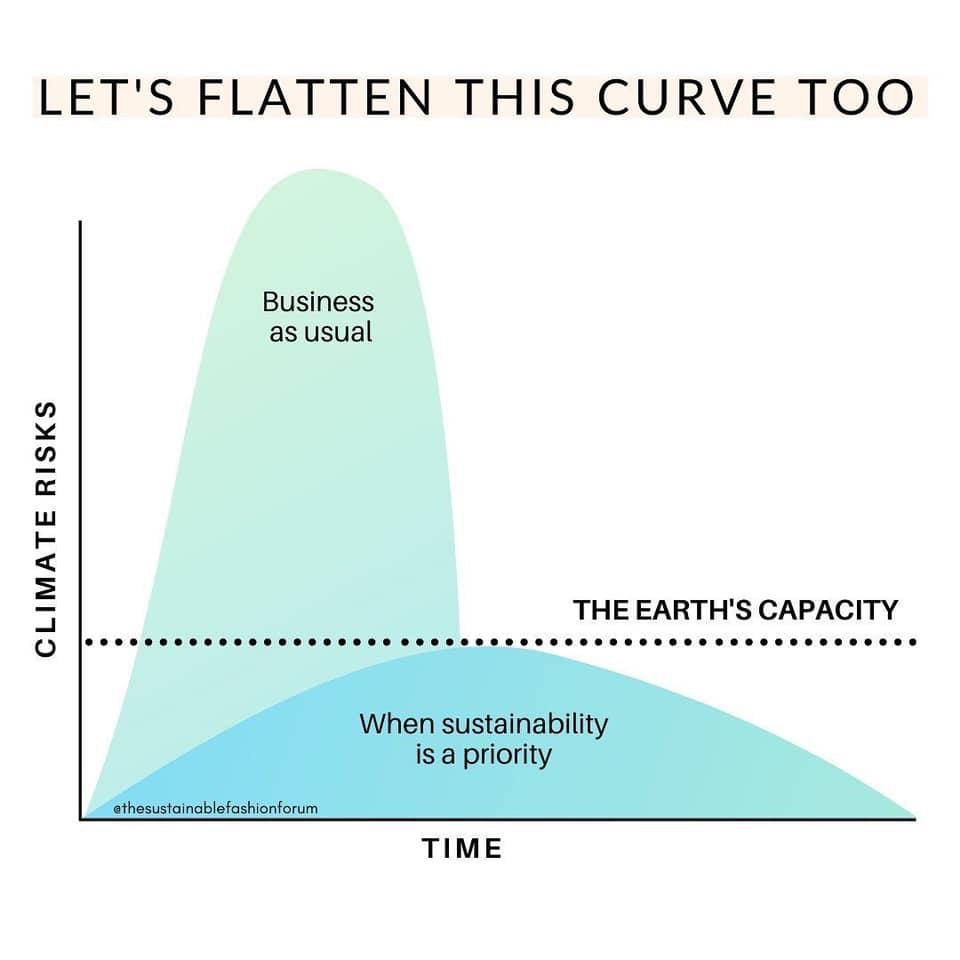 This pandemic presents a massive opportunity for world leaders to leverage this economic slowdown and take concrete and drastic action to arrest the climate crisis.

Pulling back or pushing forward?

Before the coronavirus hit, the aviation industry had signed onto a market-based offset deal with the UN aviation body, ICAO. The carbon offsetting and reduction scheme for international aviation (CORSIA) would make all flights carbon neutral after 2020, compared to the baseline amount of flights in 2019 and 2020.
However, since corona virus has so severely impacted air travel in 2020, airlines around the world are lobbying for the 2019-2020 emissions baseline to be measured off of pre-pandemic years.
The aviation industry would not likely abide by the 2019-2020 baseline commitment to meet its previous CORSIA target to cap net emissions.
Instead, according to Forbes, “analysts expect air travel to rebound strongly if coronavirus fears eventually subside. This would expectedly slow or pull back sustainable aviation measures already in place in the pre-COVID days.
On the other hand, conditions created by the lockdown – working from home, video conferencing, staycations – could convince corporations and individuals that air travel is not really essential to their business. 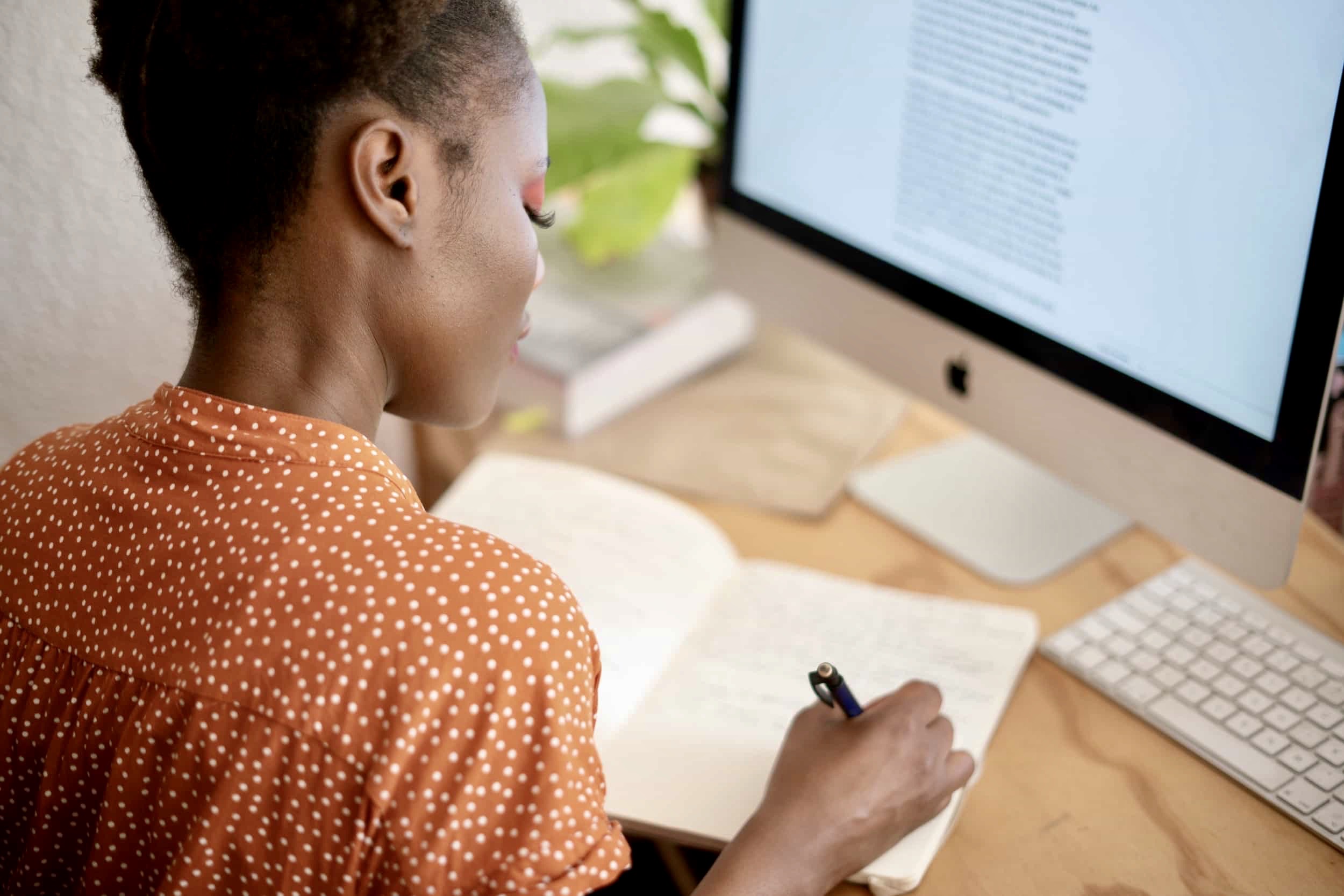 Join us to leverage this moment, to adopt new realities, to call for cleaner skies, and to create a cleaner planet for everyone. Let’s demand change now to mitigate the coming climate crisis.
Categories: Blog
Tags: Cleaner Jet FuelClimate ChangeCOVID-19RegulationTravel

Say it louder for the people in the back! 👏📣

Who's joining you for your next #Kayak ride? 🛶🐕 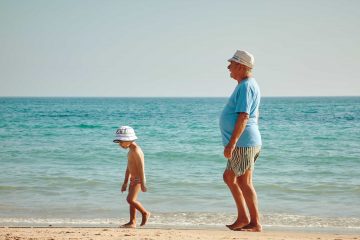 Should We Blame A Specific Generation for Climate Change?

Should We Blame A Specific Generation for Climate Change? In today’s fast-paced world, it seems we’re always looking for the quickest fix to solve our problems. Something that will get us out of an issue Read more… 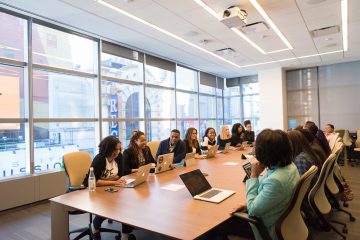 The Importance of Corporate Social Responsibility

The Importance of Corporate Social Responsibility You’ve probably taken note of the initiatives in place to help protect the environment, from proper education on the recycling of garbage to community Clean Up the Park days. Read more… 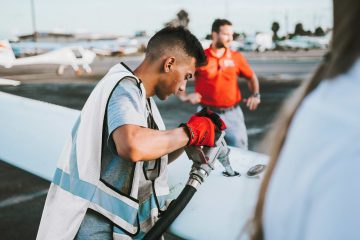 Scaling of Cleaner Jet Fuels It’s no myth that fossil fuels cause harm both biologically and environmentally, and that cleaner jet fuels are a safer alternative. So, why is it that countries haven’t made the Read more…

Keep up with Us!

If you wish to stay informed about the latest environmental news and the difference we can make, subscribe to our monthly newsletter.